Arsenal's 19-year-old Saka made his first appearance against Wales and completed his debut for England. In an interview, Saka told about his mental journey when he learned that he was called up by the England team. 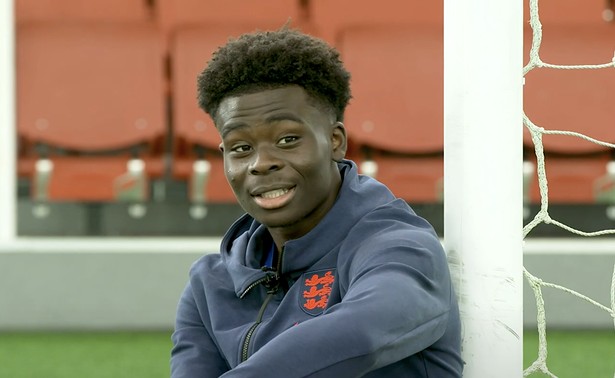 Saka said: "We had a match against Liverpool that night. I was still on the plane and the phone was adjusted to the flight mode. After the plane landed, I turned on the phone and saw a message, and the sender I have been I don’t know yet."

"The first line of this message read:'Congratulations on being selected for the England senior national team.' I never read the rest of the content. I was stunned at the time, I stared at the phone and watched it. It took five minutes. Then I don’t know how long it took, Lacazette came over and patted me on the head, calling me to get off the plane."

"A lot of lucky things have happened to me in the past period of time, and this one is the most special."